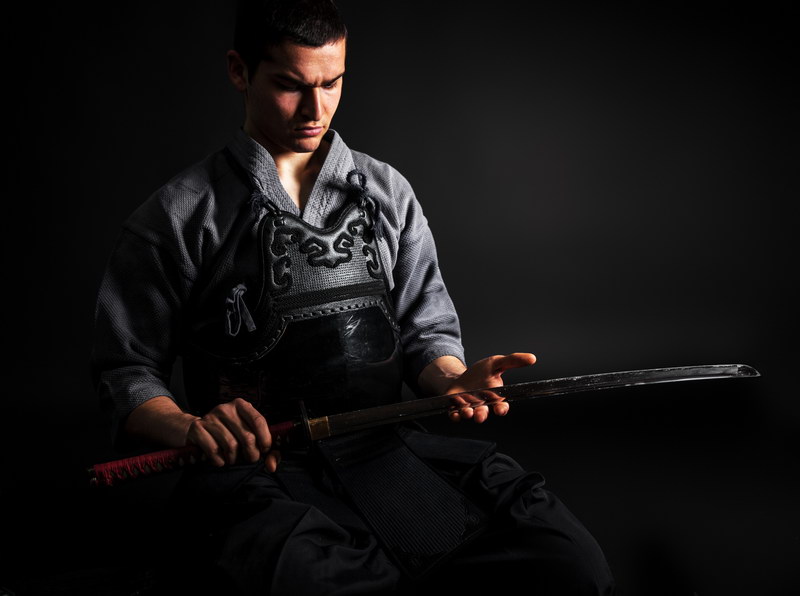 The Katana sword was first utilized as a warrior’s blade during the late 13th century. Since that time, the Katana has become the Japanese Samurai warrior’s iconic symbol.

This sword is characterized by having a long curved blade. It measures up to 37 inches and features a single cutting edge that faces outward.

The sword’s design allows for intimate and fast combat. Ideally, the user can unsheathe the sword then easily transition to a deadly strike in a single and swift motion.

Today, Japanese swords or Nihonto are sought-after by lots of collectors. These people consider the swords as vital historic relics perfect for their collection.

The Katana sword’s blade, in particular, is said to be the embodiment of the Samurai culture. These feature mannered refinement combined with the capacity for increased power and skill.

A Look in the Past – The Katana Sword’s History

Based on “The Japanese Sword – Comprehensive Guide” by Sato Kanzan, the first mention of Katana was in the Kamakura period.

Back then, the term was utilized to characterize a long sword with the same features as a Tachi. However, the Katana had a couple of nuances. For instance, the Katana had a longer and curvaceous blade than the Tachi. 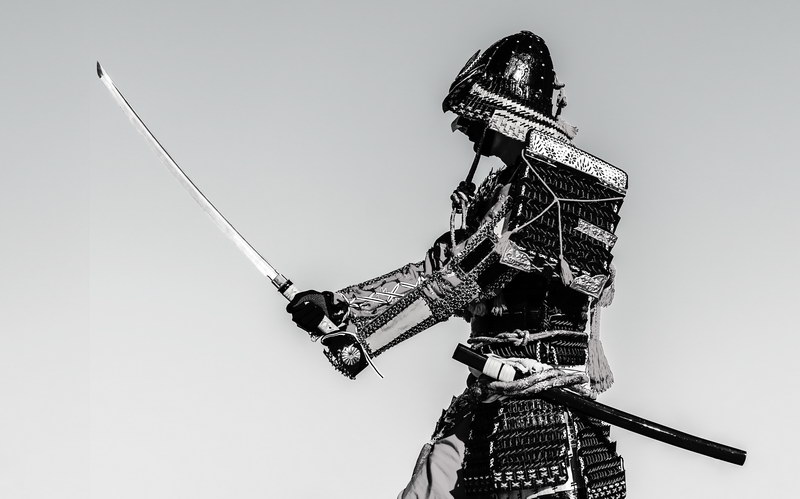 Most importantly, the Katana had more power and strength than its counterpart.

Historians believe that Japanese swordsmiths created the Katana to use against invading Mongol forces.

Initially, the Samurai discovered that blades of their Tachi, as well as other swords, chipped off upon contact with armor. To overcome the hurdle, these swordsmiths began experimenting with new techniques, which made way for the Katana.

They continued perfecting the Katana sword’s design until the Muromachi period. Other than that, they utilized differential heat treatment to produce a sword with flexible spines and tough edges.

After The Second World War, production of the Katana and other swords slowed down. Japan agreed to halt the creation of these weapons, thus, resulting in the appearance of fewer Katana swords.

Essence and Characteristics of the Blade

A well-made Katana sword has a lot of components. It features a sleek, single-edged, and curved blade unique to other swords. For its Tsuba or guard, the sword either has a square or circular-shaped one.

When we speak of its Tsuka (the handle), it sports an adequate length for wielding. You can opt for single or double-handed gripping when utilizing the sword.

A classic Katana is easy to distinguish since a Hamon on the blade is present.

A Hamon is a wave-like visual effect that stretches along the length of the blade. It’s a by-product of fusing steel that runs along the sword’s edge to its more elastic spine.

The fusion, acquired through a tedious method of differential quenching allows the sword to keep a razor-sharp edge. It prevents any form of brittleness which is evident when the blade is made from a single type of metal.

How the Katana Was Constructed

Classic Nihonto swords are made using Tamahagane. It’s a metal also known as the “jewel steel.”

To produce Tamahagane, swordsmiths fold and hammer the iron ore layers at extremely high temperatures. The ore reaches a molten state, yet is refined until its carbon content reaches between 0.5 and 1.5%. It will then result in low-carbon core that’s unbreakable and soft.

Its core is concealed by harder, high-carbon metals to create the sword’s natural and unique curve. In the end, Tamahagane steel can possibly cost up to 50 times more compared to regular steel. It is the primary reason why high-quality and authentic Katana swords cost hundreds of thousands of dollars.

To test the efficiency of these swords, the blades went through a test cutting process called Tameshigiri. It’s an ancient form of testing a sword on various targets. Often, test subjects were convicted criminals who would be beheaded, then utilised as practice targets.

The Katana are categorized by their type of blades:

This blade is a common shape for the Katana providing speed and cutting power. It sports a unique Yokote – a bevel or line separating the finish of a blade and its tip.

The Shinogi Zukuri was mainly created after the Heian period.

The Shobu Zukuri is the variation of the Shinogi Zukuri but without the Yokote. Instead, its edge curves seamlessly into the point.

The blade shape of this Katana has a more distinct curve and comes with a double-edged blade. One of its edges sports the regular Katana look, while its tip is symmetrical. Both of its edges are made to be sharp.

What Makes the Katana Unique from Other Swords?

The differences between the Katana and other Nihonto are due to the limitations of their makers rather than their use.

Katana can damage Japanese armor to certain degrees. The older Koto period swords were made when armor was thicker and more curved. Consequently, these had great armor penetration, but there were times when the sword wouldn’t hit deep and is not fatal enough.

With that, warriors preferred the Yari during these times, especially against the armored enemies.

When the era of sword-making shifted to the Shinto period, the blades of a Katana became thinner and slightly-less curved. It was suitable and more efficient against unarmored enemies.

It’s good to note that European swords that had similar measurements to the Katana were useless against European plate armor. That also included protection such as the chainmail.

For European swordsmanship, the proper technique to go against the chainmail was to thrust through it. Against a plate, one should take the sword in the left hand, then thrust through the gaps of the armor.

It is usually done after grappling the enemy into an unfavorable and uncomfortable position.

Most of the swords coming from other cultures featured moderate hardness throughout the entire blade. This feature is opposed to the Katana sword’s variable hardness.

A harder edge often stays sharp longer; plus, it will cut much harder targets. The thing here is, they’re more prone to chipping.

For softer edges, they lose their sharpness and tend to become more easily gouged, yet are more immune to fractures. 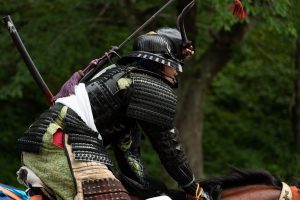